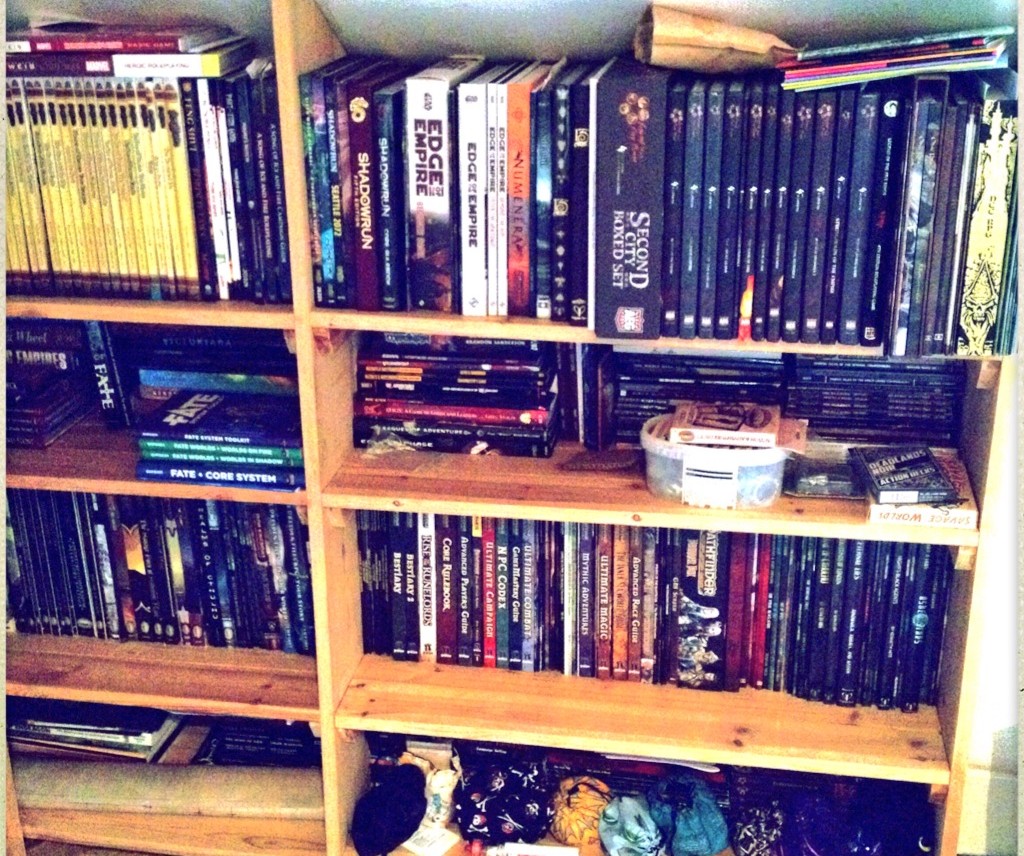 LEGEND OF THE FIVE RINGS CAMPAIGN – A CLASH OF IDEOLOGY, SESSION 4. 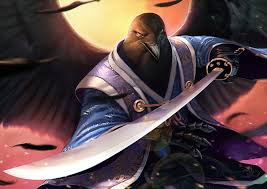 Soni turns to meet the cowled figure, the samurai spotting her white fox tails. The small figure pulls back his hood, revealing his bird-like features.  He introduces himself as Taro, one of the last of the Kenku and tells the samurai that Soni, his kitsune companion, has lead them through the Kawa Forest into Chikushodo, something the Shugenja had already suspected.

Taro tells the group that he is concerned – he is worried as to the effect the new Colonies will have on the Celestial Order and Ningen-Do and what horrors and threats may be encountered outside of Rokugan.  But he has concerns closer to home.  He offers to teach the samurai in return for their help in Naishou.  As the samurai talk, Taro sends Soni to fetch Shiba Sakamoto – the players see her turn into a white fox and run through the trees, back towards the boat.

Sakamoto wakens in the boat, sees his friends absent, but a beautiful Phoenix samurai-ko on the bank beckoning to him.  He alights to greet her and she beckons him into the forest and he follows, leading him deeper into the trees and Chikushodo…. As he enters the glade, spying the Kenku, Sakamoto not only sees his friends but watches the Phoenix change shape back into a multi-tailed white fox. 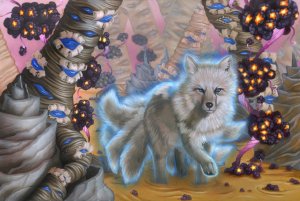 Taro begins his teaching, telling the Samurai of the Five Ancient Races and the Spirit Realms, and asks the Samurai to aid his ‘cousins of water’.  Taro has learned that the Ningyo of the Itochu river have began acting out of character, leaving the water and tormenting the monks of Inari Seido.  Taro says that Soni has learned that one of the monks has become insane and the monastery fears for him.  Taro passes each Samurai a lapis lazuli amulet that he tells them will allow them to enter the realm of the Ningyo, he asks them to visit the monastery and help the Ningyo as he fears the province’s response to the the mer-folk. Soni will bring them further aid if needed.

The samurai return to their boat, led back to the mortal realm by Soni in fox form.  They travel back along the Itochu River, towards Inari Seido, briefly stopping off at the Governor’s Palace in Toshi No Naishou, agreeing to return to help find the missing Phoenix.  As they travel along the river, Endo and Ujime commune with Itochu no Kami, who appears as a blue, bearded man bearing a basket of fish.  He too asks the samurai for their aid and is concerned about the taint in the river and the effect it is having on the Ningyo.  The Samurai arrive at the monastery, impressed by the statue of the Fortune of Rice, and meet the abbot Goichi. 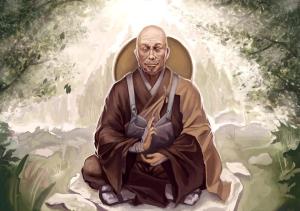 Goichi explains that merfolk have been raiding the monastery’s fields at night, damaging the crops, and frightening the novices.  However, he is most worried about one of the brothers who has asked to be locked up at night due to his recent aberrant behaviour.  Goichi explains that as dusk comes, brother Mareshi would run to the river’s edge, shouting in a strange tongue and walking into the water, yet remember nothing of events the next morning.  The samurai are taken to the monk’s cell – as the door is opened, and the monk is seen meditating inside, Endo is shocked as he recognises him. The monk was formerly Mirumoto Mareshi, the half-Naga husband of the former Dragon Clan Champion.

Parsantium: City at the Crossroads

Adventure in the World of Symbaroum

Thoughts and ramblings on roleplaying and other assorted geekeries

Family and fun in the Green Mountain State

The man your librarian warned you about...

“The Game is written in ancient inks and spoken in secret tongues in the deep places of the Earth.”

A fresh hit to the gaming industry every day!

rpg morsels for the picking